“We are dedicated to exporting cocoa derivatives almost 90%” 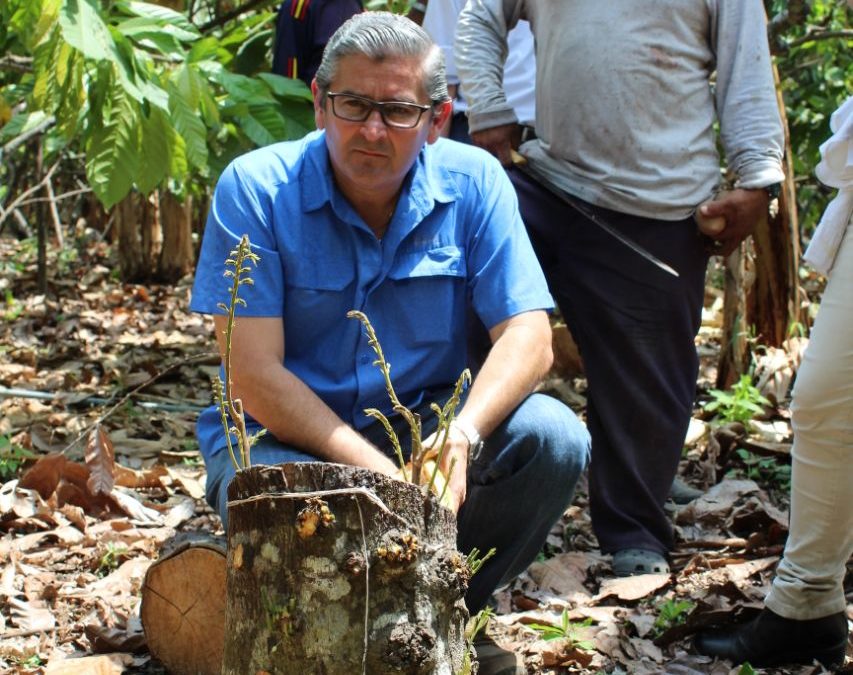 We talked to Julio Zambrano who is in charge of Chocolates Finos Nacionales, a company born from the dream and vision of his father, Carlos Zambrano, nearly 60 years ago when he was still a young 18-year-old entrepreneur who decided to bet on the Ecuadorian gold nugget. Initially as a trader, then as an exporter and, later, together with his sons, he created COFINA S. A. dedicated to the manufacture and marketing of cocoa beans and its derivatives.

Currently, the company is run by the second and third generation of the Zambrano family and is located in the province of Guayas, a little more than 35 kilometers from Guayaquil, just where Ecuador’s industrial expansion is taking place.

Why did you decide to go for cocoa derivatives?

Because Ecuador was growing in its cocoa production and we saw it as appropriate and to the evolution that Ecuador has had in terms of the arrival of multinationals, there are more large buying with economic power, so the cocoa bean business was reduced and became complicated.

At present, Ecuador does not have so many cocoa derivative factories: there is Proecuacao, a foreign capital plant; Nestlé; Cofina and 2 other closed plants. Although we have around 380,000 tons of cocoa beans exported, the export of derivatives is approximately 10%.

The dollarized production costs put us at a disadvantage compared to other countries that devalue and we have to fight with that in order to be able to sell.

The market is growing and we are trying to position our products, but today market conditions limit us and the rules, regulations and certificates of traceability and forest care make marketing more difficult, incurring more costs.

How does the regulation of Cadmium levels in cocoa affect them?

I still think that it is clumsy to have set such low levels of Cd, because to prove that a person is going to be contaminated or get sick from ingesting heavy metals, he/she would have to consume a brutal amount of chocolate every day, during his/her whole life.

In this part I consider that there was a lack of mediation on the part of the countries involved in this: Colombia, Ecuador and Peru. We should have moved as a block and in a governmental way we should have discussed and defended it. This has resulted in very low levels and now the buyers use this argument at the time of negotiation and obviously in the face of high cadmium the prizes are lower or simply cannot be sold.

We have volcanic plates, so we have Cd naturally. It is not something that by cleaning it up we remove it from the production processes. On the other hand, to make an analysis is not so easy, special equipment is needed and it takes time.

What are the consequences for you?

What we have lost are customers because I cannot guarantee that I am sending cocoa with the required Cd levels. We have detected areas of the country where there are lower Cd levels and we could work, but it has become a niche where they are made with special products.

The same happens to me with liquor, but here comes another question, who are the ones that benefit from this type of situations are the companies that have the capacity to import products with Cd and mix it with others without Cd.

When you buy cocoa from any of the large multinationals, they do not necessarily sell the origin of Colombia, Ecuador or Peru, they sell you a product with a code. Why, because they make mixtures of different origins and balance: one that gives them the color, the aroma and so they are developing the type of product they want to sell.

So we have been affected a lot. In South America and in other countries outside Europe the Cd issue does not yet use the same levels, so we can still sell without those maximums.  Although, for example, I cannot sell to Brazil because of the regulation. It has been a limitation, it has been a problem and if this regulation is also approved by the other countries it would affect everyone because it is not easy. You don’t have the help of the government and you need a lot of money to do this kind of things.

Where do you think the solution lies?

The solution would come, suddenly, from the fact that this law could be modified and that there are studies that show that the current levels are not so harmful. An expert once told me: “Julio, if you drink several gallons of water in a row you can die, but that doesn’t mean you can say that water kills you. It is the same with chocolate”. You would have to eat a significant amount of chocolate daily, maybe a couple of kilos of cocoa with high cadmium for some years for this to be the cause of health effects and additionally that most of the chocolate consumed is with milk and sugar already mixed.

Until this happens we will continue to go through the current problems.

What to say to the cocoa farmers in the 3 countries?

I once gave the example of a problem with Ecuadorian shrimp, which was accused by the United States of dumping, it was a news that takes anyone out of the market. So the country hired a strong group of lawyers who went to the U.S. Congress and demonstrated that this was not the case and won. We have to do something similar: individual efforts are not going to work. We must ask the Ecuadorian institutions involved to go and talk to the entities that define this and with well-structured and supported evidence demonstrate the unfairness of these measures.

With this I do not mean that we are against improving quality, but we need something that does not affect us and damage the life of the farmer. Finally, any discount or movement in the price directly affects the producer and they end up stopping production.